We held our 2nd annual BBQ for our Map Your Neighborhood block leaders on Memorial Day. It was a fun and casual way to share ideas and mapping experiences. This year, we invited our block leaders to invite someone from their block or an unmapped block who may be interested in participating as a block leader or alternate block leader. Here are a few photos from the BBQ. 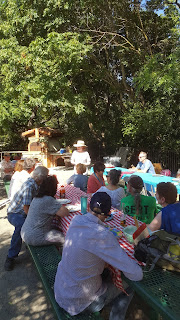 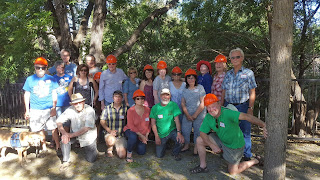 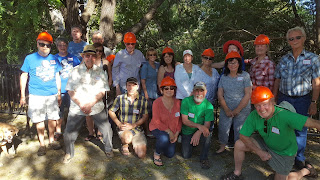 We are in need of block leaders as some have moved away. If you are interested, contact Lynn Kozma.

Phase 1 of the Sunol CERT Disaster Supplies project has been completed.  Click here to see photos taken the day of sorting and packaging all the supplies.

The annual refresher drill training event for Alameda County CERT teams was held in Sunol in 2013 at the Sunol Glen School.  Click here for the photo album. 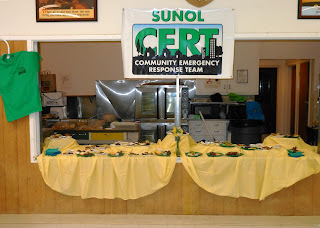 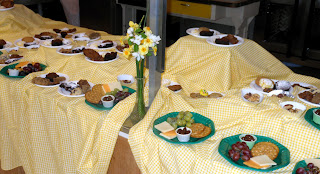 Thanks to all the Sunol CERT volunteers and supporters who provided food or beverages, and to those who made the school cafeteria look so nice with fresh cut flowers and tablecloths!  What a transformation!! 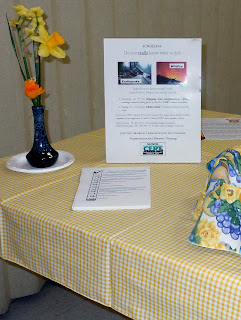 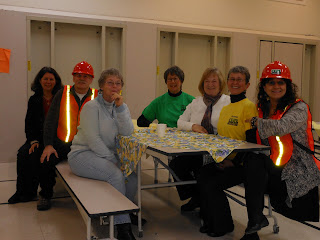 And a special thanks to the folks (shown above) who helped on the night of the event.  You kept the lines moving smoothly and also got the word out about the importance of preparedness!

In October of 2011, Sunol CERT volunteers had the opportunity to participate as "victims" in a multi-departmental training drill known as Urban Shield.  The exercise in which we participated had 2 components.  In the first component, individual response teams were competing with one another for points. Points were based on time to result, teamwork, and victim interactions.  The second component was non-competitive and was designed to foster cooperation among first responders from multiple stations.  The scenario in which Sunol CERT volunteers participated was designed to simulate partial building collapse following a major earthquake. 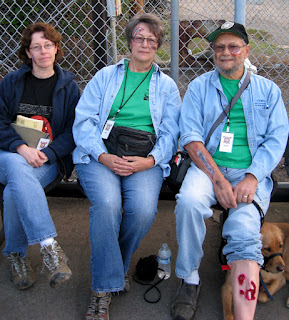 Here is a view of a portion of the rubble pile. 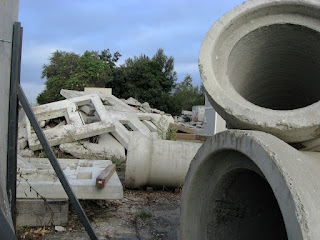 After moulage, we were all placed in the rubble pile in accordance with our cards.  Here are Barry and Gusty, his service dog,  in position.  Both were rescued and well cared for by the response team. 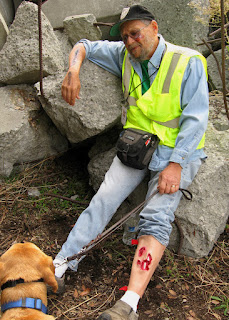 Shirley was placed "under" some of the concrete pipes and simulated a crush victim.  Her training as a nurse made it especially interesting for her to see how the first responders treated her as a victim.

Lynn was placed in a car trapped in the pile of rubble and had a simulated spinal chord injury.  Her placement afforded her a great view of the shoring efforts the responders had to first undertake before they could safely go in and rescue her.  Here she is being carried out of the pile. 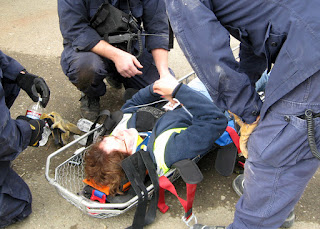 This was a fabulous opportunity to see rescue teams in action.  It gave all of the volunteer victims a better sense of the degree of training and dedication of our professional search and rescue teams!

Union City CERT opened their facility and their annual drill to other CERT groups under the Alameda County Fire Department.  Skill stations were set up and manned similar to the final "exam" given at the end of CERT basic training classes.  Refreshers were also given to hone skills and provide an opportunity to explore newer, safer methods of conducting some of the skills taught in CERT Basic Training.  The event was followed by a lunch provided by the Alameda County Fire personnel. 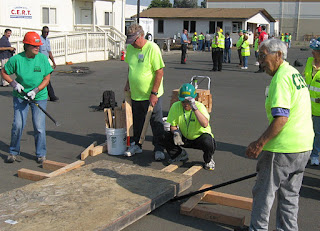 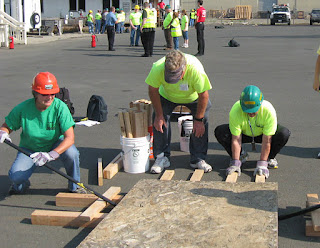 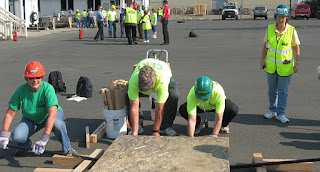 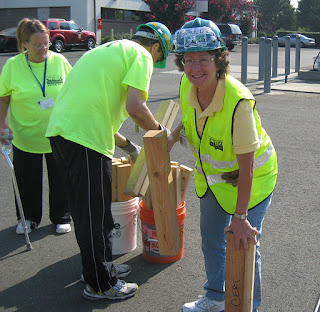 The Coordinator of Union City CERT, host of the 2011 Annual Drill 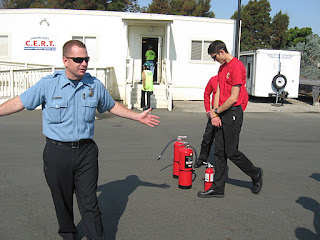 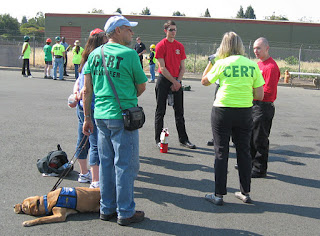 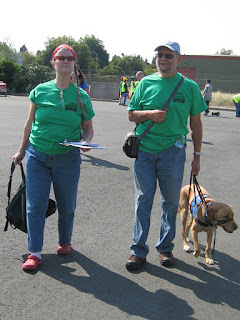 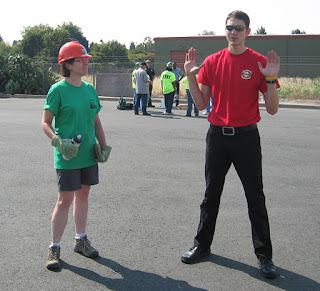 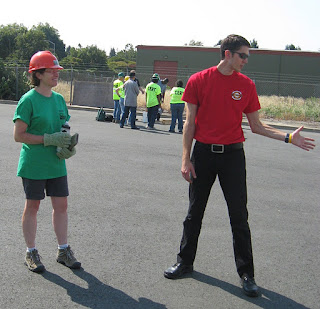 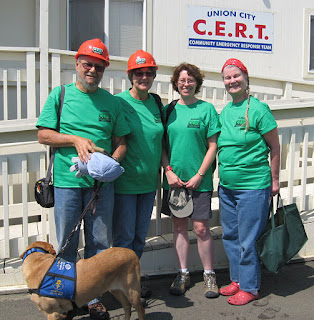 The Sunol  CERT team that participated in the 2011 drill 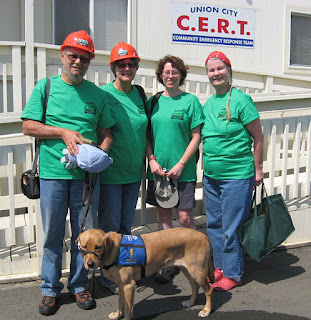